Mike joined us having served as a Consulting Director from 2016 at The Exchange Hotel (in our former home: The Coal and Shipping Exchange).

During the early Coal Lex years Mike was Managing Director of The Coal Exchange Limited and occupied the same office corridor as David Leathley.

As an Events Manager Mike brought to Cardiff Bay live bands such as ‘The Stereophonics’ and project-managed ‘BAY LIVE’, a series of Development-Corporation-sponsored concerts featuring Van Morrison, Bob Geldof and Jools Holland.

His greatest challenge was to seamlessly take over as Clerk to Coal Lex Chambers where he is ‘captain of the ship’ managing a group of manic street preachers.

Song-writing, love of literature and life run deep in Mike’s veins. He is much loved by the Bay’s mixed ethnic community and organised the Community Festival, which accompanied the opening of The National Assembly of Wales.

David Leathley says of Mike: ‘Politicians and corporate moguls turned to Mike Johnson when the chips were down. It is no exaggeration to say his astuteness saved The Coal and Shipping Exchange from ruin. He has business acumen stretching as far back as the early eighties as part of the Management team who opened STAR Recreational and Community Centre in Splott, the first of several innovative Centres featuring bars, events and functions as well as the usual sporting facilities. Mike went on to open Channel View Recreation and Community Centre as General Manager which, under his guidance nurtured a host of resident groups spanning theatre, arts, and even recording studios.

If you are interested, check out some of Mike’s song-writing skills on the following link: https://www.youtube.com/user/crickeymoses/playlists 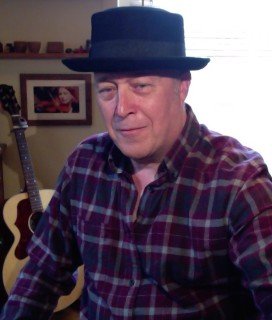