Conrad was born in Wales.

He was admitted to The Solicitors’ Roll in 1980. From 1984-2010 he formed Gadd & Co which latterly became Gadd & Partners- a solicitors’ practice specialising in criminal defence work. Gadd & Partners became the dominant criminal specialist practice in Gloucestershire and at one stage attracted 50% of all criminal work in the county.

In 2010 Conrad dissolved the partnership and retired as a solicitor but continued working as a Case Manager/Litigation Assistant to people instructing barristers under Direct Public Access.

Whilst at Gadd & Partners Conrad undertook most of the summary trials and supervised the Crown Court department which comprised 3 full time paralegals.

He has had conduct of 23 murder cases and has substantial experience defending serious sexual offences, drugs cases involving importation and supply. He has worked with the best, including the late George Carmen QC. Conrad was recently led in a successful defence by William Clegg, QC.

Amongst his many other achievements Conrad has been a legal consultant to a Cypriot Law firm for 3 years. His cases include conduct of R v Z, the successful defence of multiple accusations of sexual abuse committed abroad. This was the first ever prosecution of its kind.

In R v V charges of rape against over 100 women were defended in the Crown Court in Bristol. The overwhelming majority of these charges were successfully challenged.

In P v The Republic of Cyprus Conrad became involved in a protracted legal battle in the Supreme Court lasting several years. Permission was granted for the exhumation of E, the deceased, where potential allegations of murder were determined-the first Exhumation Order ever handed out by a Cypriot court.

Conrad is highly regarded for his assiduousness.

His Coal Lex casework have involved an Inner London Crown Court case wherein Conrad achieved the astonishing result of a suspended prison sentence for a man who had originally been charged with a wounding with intent to cause grievous bodily harm, having stabbed his supervisor in the back with a knife at a bus depot.

Conrad also appeared at Swansea Crown Court in a matter of affray involving identification  evidence. Conrad successfully argued a breach of The Police and Criminal Evidence Act 1984 Codes of Practice and the case of football hooliganism was thrown out on a submission of no case to answer.

His recent work has included a Cheltenham Magistrates’ Court case where a man was charged with two matters of witness intimidation. He was acquitted on both charges. 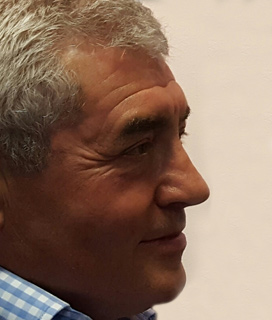