He then worked in The Crown Prosecution Service in Dyfed Powys, leaving in 1994 to become a Founder Member of Pendragon Chambers in Swansea. Huw practised at Pendragon from 1994-2004.

He successfully defended in a murder case when his client was acquitted of disposing of the deceased’s body.

He also acted for the defence of the infamous Clydach murderer who had allegedly hit his victim with a metal weights bar causing him to leap from a high-rise building.

In 2005 Huw sought dual qualification and was offered a partnership in Rees, Davies & Partners, a Swansea based firm of solicitors.

Having exercised his higher rights as a solicitor, Huw then decided to return The Bar here at Coal Lex Chambers. Huw has recently enjoyed considerable success in cases involving Trading Standards and multiple occupation houses.

Included in his recent successes is the defence of an alleged robbery case involving an attack in a brothel tried at Newport Crown Court. Huw also defended a case in Swansea Crown Court where a man originally charged with attempted murder was acquitted of attempted grievous bodily harm after dousing himself in petrol and threatening both his wife and the police.

Huw relishes serious crime casework and the vigour of his presentation has been described as outstanding. 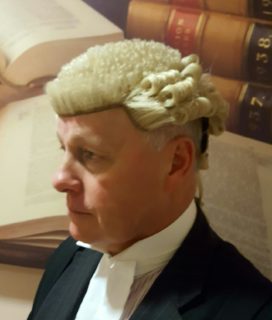