Hywel completed pupillage in March 2019 at Coal Lex Chambers and was immediately offered, and accepted, Tenancy.

Hywel has now over two years’ experience in Serious Crime Crown Court cases which include, inter alia, R v Joyce (and others) where ten defendants ran a trial involving a conspiracy to burgle over 140 homes. This trial lasted four weeks and was complex involving a number of diverse applications, expert evidence and difficult issues surrounding the youth of one defendant.

Hywel has also been instructed in matters involving Section 18 (GBH with intent) of The Offences Against The Person Act 1861 and Dangerous Driving (Not Guilty verdict following trial by jury in 2021). Hywel has also procured successful outcomes in cases involving Threats to Kill and Conspiracy to Supply Class A Drugs (Not Guilty verdict in  R v R (2020) following trial by jury).

Hywel has also been regularly instructed to appear on behalf of defendants in the Magistrates’ and Youth Courts and has a wide experience of motoring law, enjoying considerable success in cases involving using a mobile phone whilst driving, excess alcohol and Dangerous Driving charges.

In order to procure balance in Hywel’s pupillage Head of Chambers, David Leathley, entrusted Hywel with a sensitive matter involving Child Contact in the Family Court and an Army Court Martial at Bulford.

David Leathley says of Hywel: ‘The client in the family matter rang me and was very impressed by Hywel’s robust mediation skills. The outcome meant the world to him and he was emphatic that he would instruct Hywel again. At Bulford Court Martial Centre Hywel presented an Abuse of Process argument involving a Bombadier accused of the negligent performance of her duties. One week after Hywel’s submissions the Army prosecutors discontinued the case, I am in no doubt, because of Hywel’s considerable skill’.

Hywel has also successfully presented Appeals Against The Home Office in Immigration cases.

In his spare time Hywel aspires to become a Black Belt in karate  (he currently has a Third Kyu Brown Belt). He enjoys cycling and going to the gym. 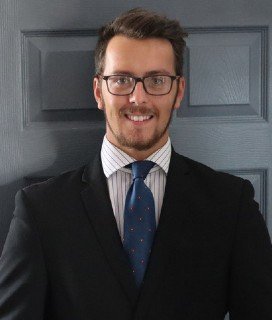